There has been a sharp increase in the number of dengue fever cases this year. Although an ever-present shadow in tropical countries, the number of dengue cases has almost doubled in countries such as Malaysia, which has seen 80,000 dengue patients so far this year. For most, this illness spread by mosquitoes will produce a harsh flu, with wretched muscle and joint pains. In a few, however, the infection can be so severe that multi-organ failure develops, and even uncontrolled bleeding. It is for this reason that dengue is included in the viral haemorrhagic fevers, like Ebola – although much less serious in the vast majority of cases. When dengue does become serious, it is usually when the patient is infected first with one type of dengue (there are four), followed by another type some time later. It is thought that our immune response to the first infection can actually worsen the subsequent one.

As the infection is mosquito-borne it is particularly important to adopt bite prevention strategies. These can be tiresome to continue throughout the traveller’s stay abroad, but most would say that the flu experienced with dengue is certainly worth avoiding if possible. Moreover, if you consider that mosquitoes can transmit several diseases, from malaria to Zika, and dengue to yellow fever, being scrupulous with bite prevention seems wise. Wearing long-sleeved tops and trousers instead of shorts, is helpful in offering less skin for the mosquitos to bite. Spraying regularly with a DEET-containing insect spray is particularly useful. As the time of peak daily activity of malaria carrying mosquitoes is often different from dengue carrying mosquitoes, it is a good idea to spray yourself whenever you go outside – not just at dusk as some advise. Whilst indoors, using air-conditioning is important as is the use of plug-in insecticides if available.

Although an astonishing 50-100 million people develop dengue each year, the vast majority of these infections have historically been limited to particular regions of the world, in tropical and sub-tropical areas. The area of the world affected by the virus may be broadening, however. One mosquito able to harbour the virus, Aedes albopictus, can now be found in chillier climates, in northern regions of the world. Several small outbreaks of dengue fever are now regularly generated in countries such as France, Portugal and Italy. Whether this is due to evolution, climate change, or both, has yet to be fully worked out.

The ever increasing epidemic of Ebola in eastern DRC has received some recent good news following the announcement of preliminary results from drug trials carried out in the field. Several experimental drug treatments have been used on Ebola patients to investigate whether the course of the disease could be modified; a disease that has so far killed almost 70% of those infected in the DRC. Two promising treatments have now been identified. They are comprised of antibodies that are specific to the Ebola virus. Although the population size of the study is on the modest side – only 499 peoples’ results have been analysed so far – these antibodies have reduced the mortality rate to around 30%; still high but very much reduced from the 70% seen in the untreated patients.

It is when the antibodies are given to Ebola patients early in the disease, however, that may be particularly effective. There are reports that in these patients, less than 10% later succumbed to the disease. These are early results, based on few data, but they give hope that medical advances are being made to support those infected. As there have also been positive results from the Ebola vaccine trials, it is hoped that there is not only medication to prevent infection, but should infection occur, treatment is now a possibility. We do not yet know of any associated side-effects, the ease of use or availability of these new treatments, but a degree of optimism is certainly warranted.

There are still significant hurdles to overcome, however. The engagement of the local community still requires work in order to aid contact tracing and the deployment of the vaccine. It is more than possible that these positive trial results will encourage affected patients to receive treatment early in order to give themselves, and their families, the best chance of survival.

Overall, the Ebola epidemic still shows no signs of abating, however. Over 2,600 patients have now been infected, resulting in over 1,800 deaths. In addition to the treatment breakthroughs, two other significant events have occurred in the last few weeks. Firstly, the WHO have now declared the epidemic a Public Health Emergency of International Concern (PHEIC). During the 2014 outbreak of Ebola in West Africa, it was this declaration that presaged more money and boots on the ground, ultimately leading to the control of the virus. There were other effects, however. Co-incident with the declaration was the cessation of services from several airline companies to affected countries, the closing of ports, and a reduction in the travel of local populations. Although these effects have not happened as yet during the present DRC epidemic, IATA, the International Air Transport Association, is said to be monitoring the situation closely. There is certainly increased concern locally. Panic was said to have occurred recently when the DRC border with Ruanda was temporarily closed, causing fears over the loss of trade and business. Border crossings have so far been important centres of Ebola screening; officials only allowing fit people to travel into adjacent countries. It is feared that if official border points are closed, people will resort to the numerous unofficial crossing-sites along the porous border between DRC and its neighbours. If this were to happen, there would not only be an effect on trade and the local economy, but attempts at health surveillance and limiting the epidemic’s spread would be severely hampered.

Recent highlight has also been paid to the lack of funds that are available for continuing the anti-Ebola fight in DRC. The WHO declared that despite it needing $98.4m from the period between February to July this year, they had received only $43.6m. The British Government’s recent announcement of a further package of aid of up to £50m will certainly help, as will the funds that may be facilitated following the announcement of a PHEIC. Certainly, if the epidemic is not well funded, then the logistically challenging contact tracing and vaccination efforts become impossible to sustain in such a difficult environment. How the continued militia activity will be overcome to allow the continued efforts of the WHO and partners is at present not at all clear. 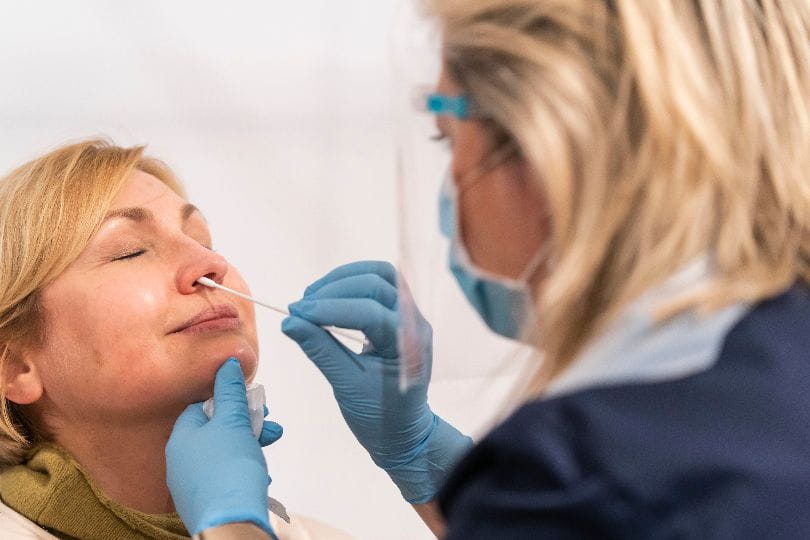