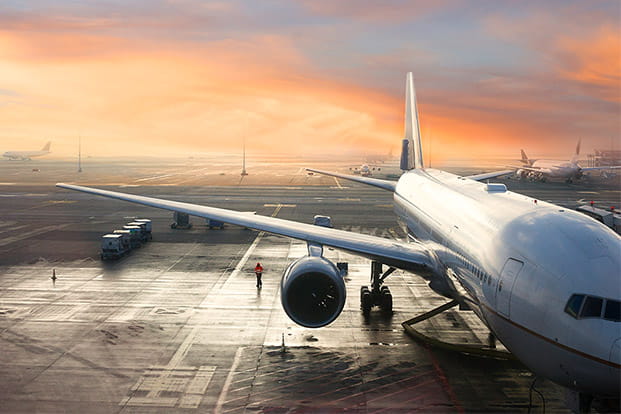 A new report jointly commissioned by Airlines UK, International Airlines Group, Heathrow Airport and Collinson reveals the true economic and social impact of the closed borders between two of the world’s most critical trading partners. The report concludes that while the closed border has had a major impact on the aviation sector, the impact across the entire UK economy is devastating.

The impact of COVID-19 on the air transport market between the UK and the US has been dramatic and widely reported. As travel restrictions came into force in late March, seat capacity fell by around 92% compared to April 2019. In September, published seat capacity is around 85% down on 2019 and high capacity summer months have been lost.

The new joint report provides critical insight into the broader impact of the closed route between the US and the UK, revealing that the hit to UK GDP in 2020 is estimated to be at least £11 billion, with a significant proportion falling in Q4. By the beginning of October the closed air corridor between the US and the UK will be costing the UK economy £32m each and every day the air corridor remains closed.

John Holland Kaye, CEO of Heathrow Airport, said: “This is a stark warning that action is needed immediately to safely open up connections with our key trading partners in the US. We can start with flights to New York, a city where infection rates are now lower than here, and which is the UK’s most valuable route. PCR testing in private labs, both pre-flight and on arrival, would ensure that there is no risk of importing COVID and could pave the way to a Common International Standard for aviation testing.”

The UK sees more visitors by air from the US than from any other country, ordinarily welcoming nearly 4 million visitors each year – making the US the largest single source of inbound tourism and business travel to the UK economy. Visitors from the US spent a total of £3.8 billion during 2019, but this figure is expected to fall by £3.1 billion in 2020. Critically, the average duration of a trip by US visitors is seven days, meaning that current quarantine rules effectively lock these high-spending visitors out of the UK.

Alex Cruz, CEO of British Airways, said: “Government inaction on aviation and its impact on Britain’s economy couldn’t be clearer. Time is running out. Ministers must reach agreement with their US counterparts on a testing regime that minimises quarantine and permits regional travel corridors to re-open the UK-US market. They must learn from trials across the globe and start implementing new measures as soon as possible to return confidence in flying and protect thousands of jobs.”

While recognising that public health cannot be compromised, there is widespread industry and public frustration that blanket country-level travel restrictions are a blunt tool that unnecessarily sever economic ties when viable alternative policies like airport testing are available.

Airport-based COVID-19 testing has been embraced by more than 30 countries around the world and is now in use at more than half the world’s busiest airports including Paris Charles de Gaulle, Tokyo Haneda and Dubai International.

David Evans, Joint CEO of airport services company Collinson, said: “We’ve always known that travel brings an immeasurable value to economies as well as societies at large, but COVID-19 has put into perspective just how critical and quantifiable it is. Testing at the border has been extensively trialled internationally, in locations with very strong scientific oversight such as Germany and found to be a safe means to get the world travelling again. With our partners Swissport, we’ve built a dedicated COVID-19 testing facility which is ready for use at Heathrow but awaits Government approval.”

The US represents the UK’s most important standalone trading partner. Almost 20% of UK exports are to the US. In 2018 these exports from the UK to the US were worth approximately £121 billion, of which £52 billion was trade in goods and £69 billion in services. The US is also the largest source of Foreign Direct Investment to the UK, standing at £417bn in 2018. This new report projects a catastrophic loss in trade between the US and the UK of £45.8bn due to closed borders, £12.8bn of which is due to fall in Q4.

Tim Alderslade, CEO of Airlines UK, said: “The US is one of our most vital markets, worth tens of billions of pounds in trade every year, and millions of Americans come to the UK to visit and spend money in our shops, restaurants and tourist attractions. It’s critical we reopen this link, starting with the all-important London-New York route, so our economy and aviation sector can start the long road to recovery, and we urge Governments on both sides of the Atlantic to redouble their efforts to launch a testing regime as quickly as possible. In the absence of a vaccine, testing for arriving passengers – alongside regional travel corridors – remains the only way to resume international travel.”